Click here to view the conference programme: Trust in Parliament in a post-truth world 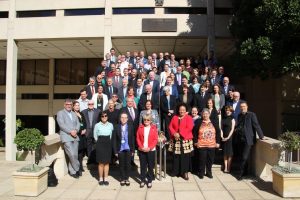 Opening Address from the Governor of Queensland, His Excellency the Honourable Paul de Jersey AC, 18 July 2018

You can access the key conference documents from the links below:

Detoxing democracy in a post-truth world: A new role for ordinary people in politics
Nicholas Gruen

The wisdom of crowds vs the madness of crowds
Colin James

What do Australians want? Active and effective government fit for all the Ages
Travers McLeod

The wealth paradox: economic prosperity and the hardening of attitudes
Frank Mols (refer to transcript)

The regional vote at the 2017 Queensland State Election: What it means for minor parties
Paul Williams (refer to transcript)